Home
Articles
How is Debt Divided in a Divorce?

How is Debt Divided in a Divorce? 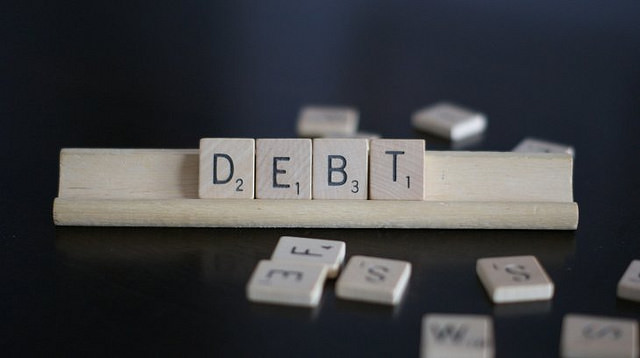 When couples are going through a divorce, there are numerous complex issues that must be considered. In addition to the court filings and child custody issues, many couples start to think about the division of assets. This includes investment portfolios, cars, houses, and anything else that might have value. One factor that is often overlooked is the division of debt. It is an unfortunate reality that many couples have a significant amount of debt that can take the form of student loans, mortgage payments, credit card debt, and car payments. These must be divided between the two individuals as well.

The Goal is to Divide Equally

When the court is trying to divide the debt between the two parties, the goal is to divide the debt equally. This is done in the interest of fairness; however, the debt and assets can be used to balance each other. For example, if one spouse receives a greater amount of the assets, the court could assign this individual a greater amount of debt as well. Therefore, the debt might not be divided equally; however, the goal is to divide both the debts and the assets equally when the job is finished. The result being that both parties end up the same bottom line, so they walk away from the marriage with same amount of net assets. One should keep in mind that just because the debt is acquired in one spouse’s name, that does not mean that debt belongs only to that person or is not marital. A debt incurred during the marriage, whether or not it was incurred in both spouse’s names or even if it was not known by the other spouse, is still considered a marital debt so long as the debt was acquired for a marital purpose. An exception to this would be if a debt was incurred as part of an extra marital affair. In that situation, the debt would be assigned solely to the party incurring such a debt and it would not be considered marital.

If the Former Spouse Fails to Pay

Of course, it is possible that the former spouse might refuse to pay the debts that the courts assigned to them. Many people want to know what happens in this situation. Unfortunately, the creditors could decide to ask the other former spouse to pay the bills. While this might sound unfair, it is the right of the creditors to ask the other party to pay. Therefore, the individual could ask the court to try and force the former spouse to uphold their fair share. This is another factor to consider when distributing the parties’ assets and liabilities. It is important to assign the debt to the person who has the debt in his or her name. In that situation, the individual is more likely to pay the debt because not doing so can adversely affect their credit score.

Clearly, the situation can get complicated quickly. In order to avoid this situation, people should remember that the right kind of debt is no debt at all. While this is not possible for most people, it is a good idea for anyone going through a divorce to try and pay off as much of their debt as possible together with their spouse before finalizing the divorce agreement. It is important to note that both parties should be equally responsible for paying down that debt. This will make the legal process easier. Furthermore, anyone going through a divorce should make sure to hire an experienced divorce attorney. It can make the divorce process and division of assets, and debt, significantly easier on everyone involved.

** Note: This article is not meant to be taken as any form of legal advice. This is purely informational. For questions please contact your attorney, or schedule an appointment with Vilar Law directly.