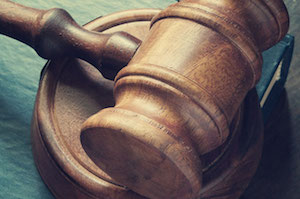 According to reports, the impending divorce between Oklahoma oil billionaire Harold Hamm and his second wife, Sue Ann, may result in the largest divorce settlement awarded in the United States to date. Last year, Sue Ann purportedly sought to end her 25-year marriage to the majority stock holder of oil company Continental Resources amid allegations of infidelity. Because all documents are sealed in the case, it is unclear whether the Hamms entered into a prenuptial agreement prior to their 1988 wedding. Obviously, if a prenuptial agreement had been entered, there is a great chance the Hamm’s divorce would proceed significantly more smoothly because that prenuptial agreement would have set forth how many issues surrounding the divorce should be resolved. A prenuptial agreement may also have limited the amount Sue Ann would receive in a divorce.

In Oklahoma, divorce statutes require a court to provide an equitable distribution of a former married couple's assets. The length of the Hamm's marriage, their two children, and Sue Ann's previous marketing and executive role in the oil company will likely play a factor in any divorce settlement. If she gets half of Harold's 68 percent stake in the oil company, Sue Ann could receive a settlement valued at more than $5 billion and Harold could lose control of the company he apparently founded in 1967. Interestingly, each member of the former couple has allegedly filed for divorce in the past. Harold reportedly filed for divorce in 1998 and Sue Ann later filed in 2005. Eventually, both petitions were dropped.

Although Florida laws differ from those that apply in this case, few people across the country enter into a marriage expecting to become divorced. Still, most Florida residents would benefit from entering into a prenuptial contract prior to marrying. Such a contract is an agreement between a future bride and groom that describes exactly how a couple's assets will be divided if the marriage ends. By having a prenuptial contract in place, a married couple may be able to reduce the amount of time, expense, and stress that can be associated with the divorce process.

If a Florida couple does not enter into a prenuptial contract, a post-marital agreement may be used to simplify the divorce process. A postnuptial agreement divides a former couple's assets and outlines any required spousal support obligations. When minor children are involved, however, any agreement regarding child custody and support is always subject to modification by a Florida family court. In fact, issues relating to children should not be addressed in a prenuptial agreement because those issues must be decided based on the best interest of the child at the time the decision needs to be made. If you have questions regarding the divorce process in Florida, you should contact a skilled Florida family law attorney.